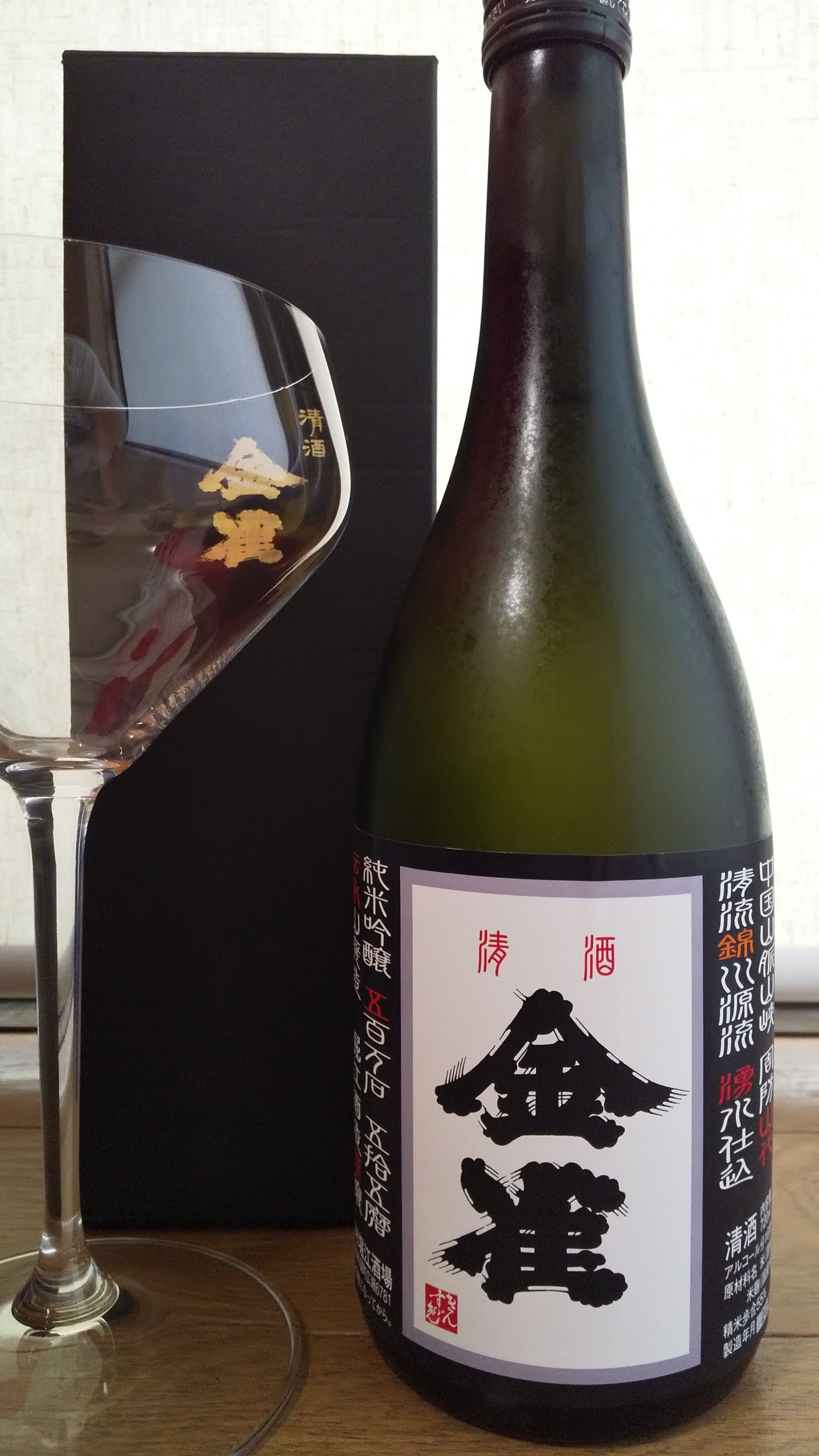 Horie Sakaba （Link in Japanese, auto-translate is enabled) is the oldest running sake brewery in Yamaguchi. They’ve been brewing in the mountains outside Iwakuni City since 1764, and in recent years have been gaining a very serious reputation. Part of that is the relative rarity–even here in Yamaguchi, it can be hard to find bottles of their Kinsuzume sake. But another part is their push into the super-premium market.

Horie makes a huge variety of sake, from futsushu on up, but the stuff that really makes headlines is their Premium line, which starts at 11,000 yen a bottle and goes up from there. The line represents Horie’s real brewing target, and is a direct appeal to the high-end wine market. And then, of course, there is Mujaku. (Link is in English. Kind of.)

Mujaku is the kind of thing you read about in airplane magazines, the kind of sake that gets on the news. In Japan, it sells for 88,000 yen, but in Singapore or Dubai it runs in the thousands of dollars for a single bottle.

I have never tried any of those sakes. I am, as they say, as common as mud. No Dubai oil baron am I.

What I have tried, though, is the junmai daiginjo, and this junmai ginjo yamahai.

This sake was made with Gohyakumangoku sake rice using the traditional yamahai starter method, which uses natural bacterial growth to protect the yeast during initial propagation, and often results in very wild, robust flavors.

In this one, though, it creates a delicately balanced, intensely flavorful sake with gentle fruit notes, light sourness, and a clean umami.

It really is a surprising sake, with very little of the more intense notes I associate with yamahai, while bringing a depth and body to junmai ginjo that I really enjoy. And this sake was only 1,760 yen! I loved this sake. Frankly, I couldn’t get enough of it, and anticipate buying another bottle soon.

With the kind of character and skill reflected in this sake, I can only imagine what the really, really expensive stuff is like.

Or maybe I can’t, never having dined on lark’s tongues with the crowned heads of Europe…

This site uses Akismet to reduce spam. Learn how your comment data is processed.

Taka Asahi Kimoto Junmai
Gokyo Noten Kimoto Junmai Omachi
Last night was a rare treat: dinner at Chikuro Sanbo, Yamaguchi's hardest reservations to get. It's deep in the mountains and is a place for fine dining and finer drinking. And the finest of company!
This stall at the farmers market outside Tokuyama station this morning was tailor made for me. Hot Kanenaka on a cold January morning? Don't mind if I do!