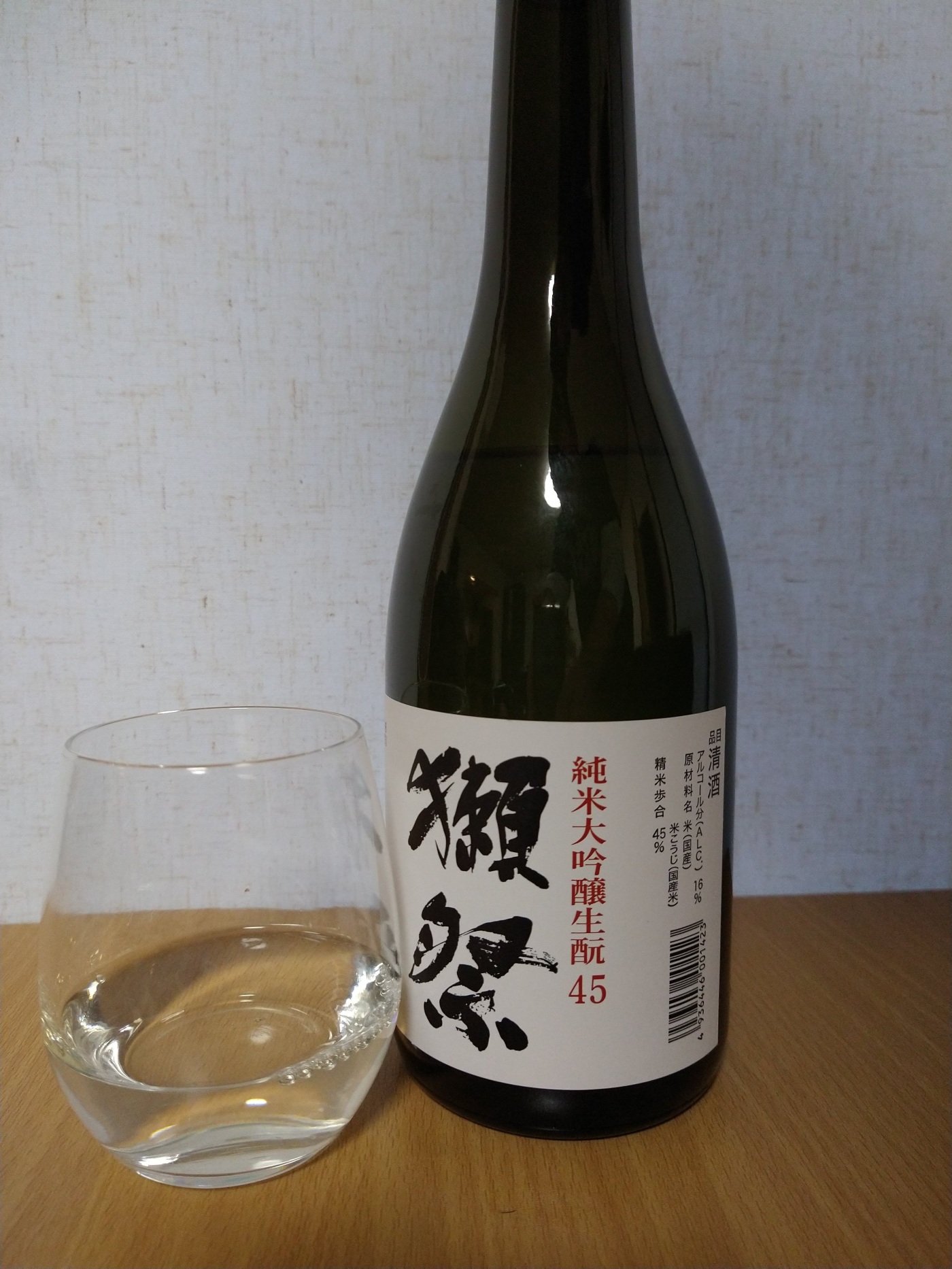 Despite the fact that Asahi Shuzo is a mere 30 minute drive from my house, I just don’t drink that much Dassai. I suppose it’s just too ubiquitous, too famous, and, well, too expensive for me to pay much attention to. I genuinely feel like Yamaguchi has such an embarrassment of riches when it comes to great sake that I want to focus on exploring the ones that people don’t know about, rather than paying much mind to the one that everyone knows so very, very well.

Which is another point. I don’t mean this in any kind of negative way, but once you’ve had Dassai, you’ve had Dassai. The brewery’s entire strategy for brewing is based on stability–they have a taste, and that is what they sell. It’s like McDonalds, in that way. No matter where you go, you know what a cheeseburger from McDonalds will taste like. It’s inarguably a recipe for success, if not much of one for excitement.

That is why, when I saw social media rumbling about a Dassai Kimoto, I was so intrigued. Kimoto is almost by definition a less predictable way to make sake. It uses natural, live lactic acid bacteria in the starter step to create the acidity needed to protect the young yeast cells, rather than simply adding lab-made acid like most starters do. That reliance on natural bacteria often introduces unpredictability, and with it complexity and vibrance. None of that seems to fit the usual image of Dassai.

So, I decided I would try some. It was harder than I imagined. Despite Dassai’s ubiquity, only one shop outside of the brewery is allowed to stock it, and I had a bit of a hard time finding out which one. I did, though, and ordered a bottle to my door. It is the standard Dassai 45 price, 1,980 yen, which was a pleasant surprise.

I chilled it, because it is Dassai. At around 15 degrees the sake has an initial aroma of white peach, strawberries, and just a faint hint of acid sourness which seemed to “kimoto-like” to me, but nothing particularly so.

On the palate, it was Dassai. Smooth fruit notes of white peach, melon, muscat and strawberries. A mellow touch of rice umami on the finish, which faded relatively quickly. There was nothing that struck me as particularly unusual for this Dassai, nothing that really said “kimoto” to me. The acidity was low, and amino content almost unnoticeable.

I drank slowly, wanting to see how the sake performed when it warmed. Kimoto sake, and its wilder son yamahai, begs to be warmed up in my experience. The sweetness recedes to allow the richer underbelly shine through, while the acidity keeps things from getting too heavy.

Dassai kimoto failed at this. As it warmed up to room temperature, the cleanness crumbled and the flavors began to clash. The sweetness grew out of control and a coarse astringency appeared that was not at all what I expected. This is the first time I have ever had a sake that was so unobtrusive chilled but so frankly unpleasant at room temperature.

This is, of course, by design. Dassai wants to make as broadly appealing a sake as they can. That means low complexity, and smooth drinkability when chilled from a wine glass. Asahi Shuzo has always recommended its sake chilled, because that is key to maintaining the easy drinking that it aims for. Despite the recent release of a Dassai specifically for heating, it is a cold sake.

It is also most definitely not a meal sake. I drink a lot of sake. I drink every one of those with food. To me, sake is a meal drink, and if it won’t go with food I have little use for it. Dassai doesn’t go with food. It is far too fragile, far too loosely structured, for any kind of flavor mixing. I tried this with a very lightly sautéed pork and cabbage dish, and it was utterly washed away. For the first time, I see why people are cautious about pairing junmai daiginjo calling it “delicate.” They must be drinking Dassai, because none of the other jundai I have tried has been so limp in the face of mealtime pairing, not even with full flavored dishes like pizza or curry.

Now, how did they do this to kimoto? It’s no secret, Dassai is on record describing their particular take on the tradition: instead of the more familiar “yamaoroshi” method of crushing the rice into a paste in open tubs using wooden rods, which allows the natural bacteria access to the rice, and time to grow as they will, Dassai kimoto is made in sealed plastic bags with isolated bacteria added in small amounts. This keeps the “wildness” under strict control.

It also strips the kimoto of any kind of individuality or character. This is simply Dassai with extra words on the label. If you like Dassai, you will like this. If you find Dassai less than exciting, you will not be excited by this.

This site uses Akismet to reduce spam. Learn how your comment data is processed.

Taka Asahi Kimoto Junmai
Gokyo Noten Kimoto Junmai Omachi
Last night was a rare treat: dinner at Chikuro Sanbo, Yamaguchi's hardest reservations to get. It's deep in the mountains and is a place for fine dining and finer drinking. And the finest of company!
This stall at the farmers market outside Tokuyama station this morning was tailor made for me. Hot Kanenaka on a cold January morning? Don't mind if I do!